A Memorial to Ice at the Dead Deer Disco

A Memorial to Ice at the Dead Deer Disco is a new series of installations by Catskill, NY-based artist Marc Swanson inspired by the artwork and writings of Thomas Cole (1801-1848). A Memorial to Ice is jointly presented at the Thomas Cole National Historic Site and MASS MoCA. The companion exhibitions are curated by Denise Markonish, Senior Curator and Director of Exhibitions at MASS MoCA.

The companion exhibitions are Marc Swanson’s most ambitious installations yet and consist of sculptures and environments that look at the relationships between humans, culture, and the natural world. Swanson is creating a series of sculptures based loosely on dioramas and nature displays, as well as old Hollywood glamor, gravestones, and memorial monuments.

The works exist as both memorial and monument aligning climate change with the AIDS crisis. Swanson is interested in the fact that we seem to be living in the ruins of our future – mourning a world that will no longer exist as we know it, resulting from the impending loss and inevitable results of climate change, alongside the inability to control or change this outcome. For Swanson, nature and the disco have been the two places he has associated with letting go and freedom, but through the lens of loss and fear.

At the Thomas Cole Site, Swanson’s new work is specifically sited within the historic interiors and outside in the landscape, and in conversation with Thomas Cole’s own work, which inspired the exhibition. Best-known today as the founder of the major art movement of the United States, the Hudson River School, Thomas Cole created art and wrote extensively about the negative effects of development along Catskill Creek and in the Catskill Mountains in New York. Shortly after moving to the area, Swanson realized that his property along Catskill Creek was a favorite painting spot for Cole.

The exhibition is accompanied by a fully illustrated catalogue published by the Thomas Cole National Historic Site and MASS MoCA. The publication includes an essay by curator Denise Markonish, installation views from both museums, an interview between Marc Swanson and Kate Menconeri, and new writing by Ed Morris and Susannah Sayler, founders of EcoToolshed, and performer Jack Ferver. The catalogue will be available in August 2022.

“The artists feel like bookends to ecological disaster…the words of Thomas Cole still mean something for a little longer: ‘We are still in Eden,” he once wrote. “Shall we turn from it?'”—The Boston Globe

“Swanson’s installations are cleverly integrated throughout Cole’s property, adding a theatrical quality… the installations allow time and space to grieve, but they also encourage reflection on the natural beauty that remains.” — Chronogram

“A Memorial to Ice at the Dead Deer Disco does not demand political action from its audience. Instead, it allows viewers to sit within the stark reality of the present, and perhaps find some community within the shared reality that the space creates.”— the arts fuse

“The influences and inspirations of the past and present—the nightclubs of his youth, the woods of today, the works of Thomas Cole, the impact of climate change, the similarities of the initial non-responses of the White House to AIDS and COVID-19—are ever present, as they mix and mingle throughout A Memorial to Ice at the Dead Deer Disco.” —The Berkshire Eagle

“Cole was upset about ‘the ravages of the ax.’ At the time, this area in Catskill had been clear-cut, and now there are new growth trees everywhere, millions of protected acres of forest that were exploited in Cole’s time.” —Marc Swanson in conversation with Bomb Magazine

Listen to an interview with the artist on WGXC-FM

Join us and the Catskill Public Library as we read books inspired by Marc Swanson: A Memorial to Ice at the Dead Deer Disco.

Watch this exclusive interview with Marc Swanson as he discusses his installation at the Thomas Cole Site, filmed by 2022-23 Cole Fellow Vicente Cayuela.

Marc Swanson’s presentation at the Thomas Cole Site is part of the ongoing series, Open House: Contemporary Art in Conversation with Cole, an annual series of curated contemporary art installations sited within and in response to the historic home and studios of artist and early environmentalist Thomas Cole. Operating from the concept that all art is contemporary, the program activates conversations between artists across centuries and is collaborative by nature. Projects may take the shape of a site-wide exhibition, performance, or other format reflecting the artist’s practice and ideas. Installations and artworks have ranged from those that literally reference Cole’s iconic works to those that expand on the same issues and themes that Cole addressed in his art and writing, including landscape, history, and balancing the built and natural worlds. Drawn from newly created or newly sited pre-existing works, OPEN HOUSE projects shed light on the connections between nineteenth-century American art and our contemporary moment. 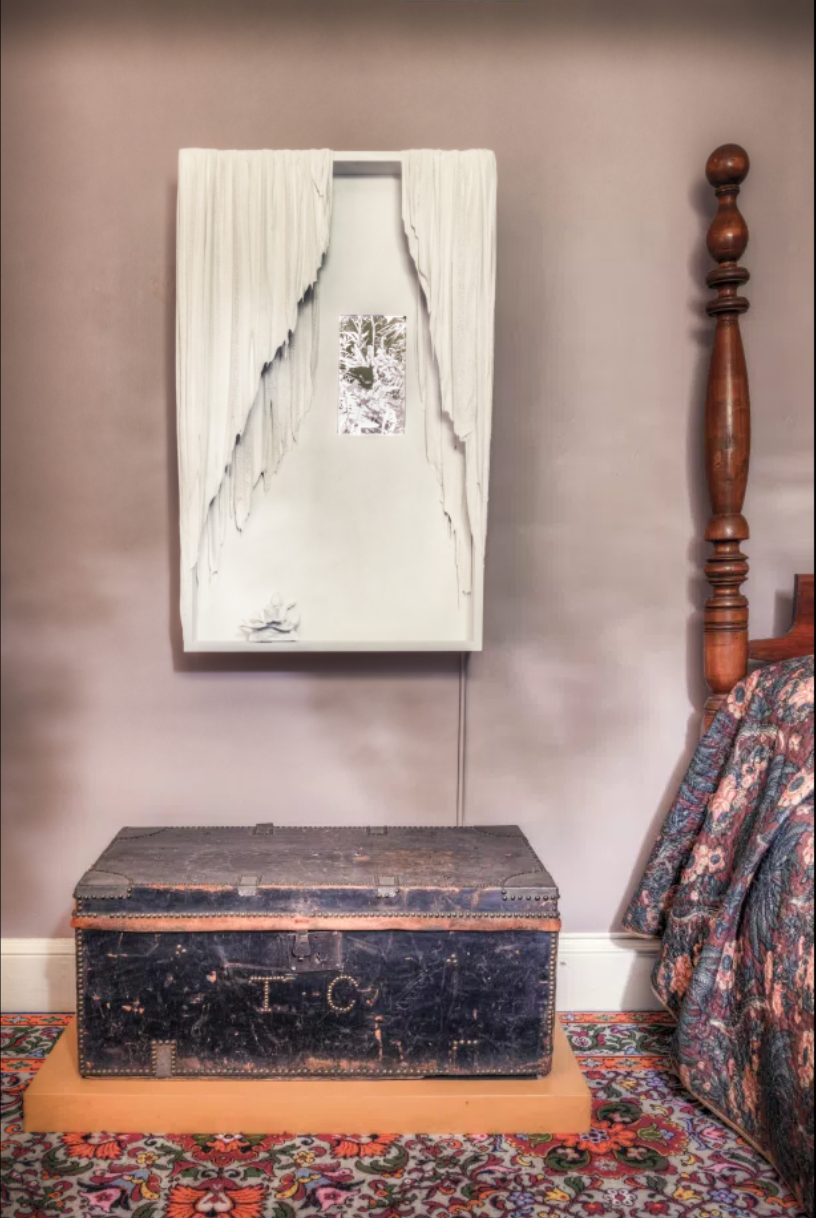 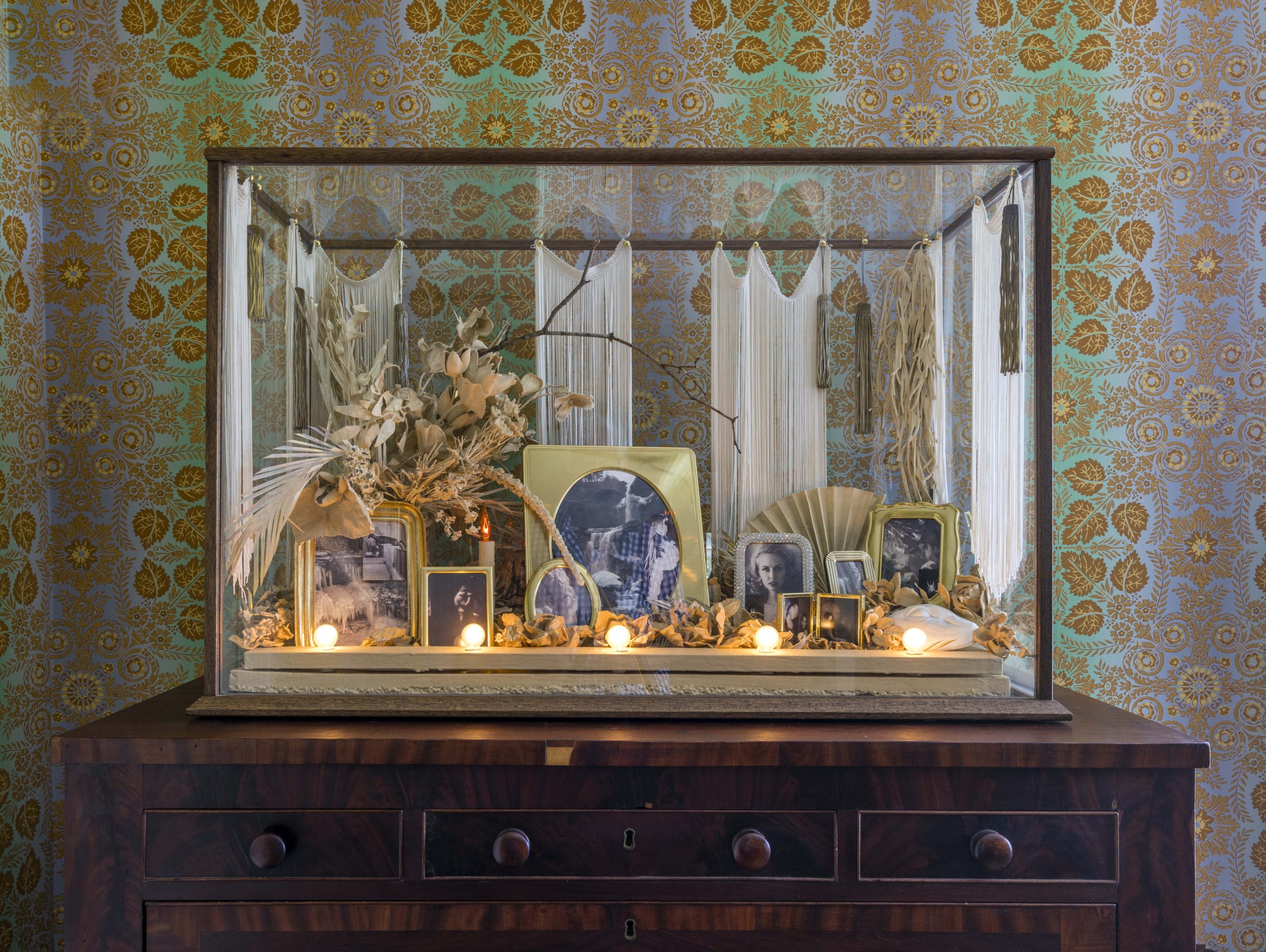 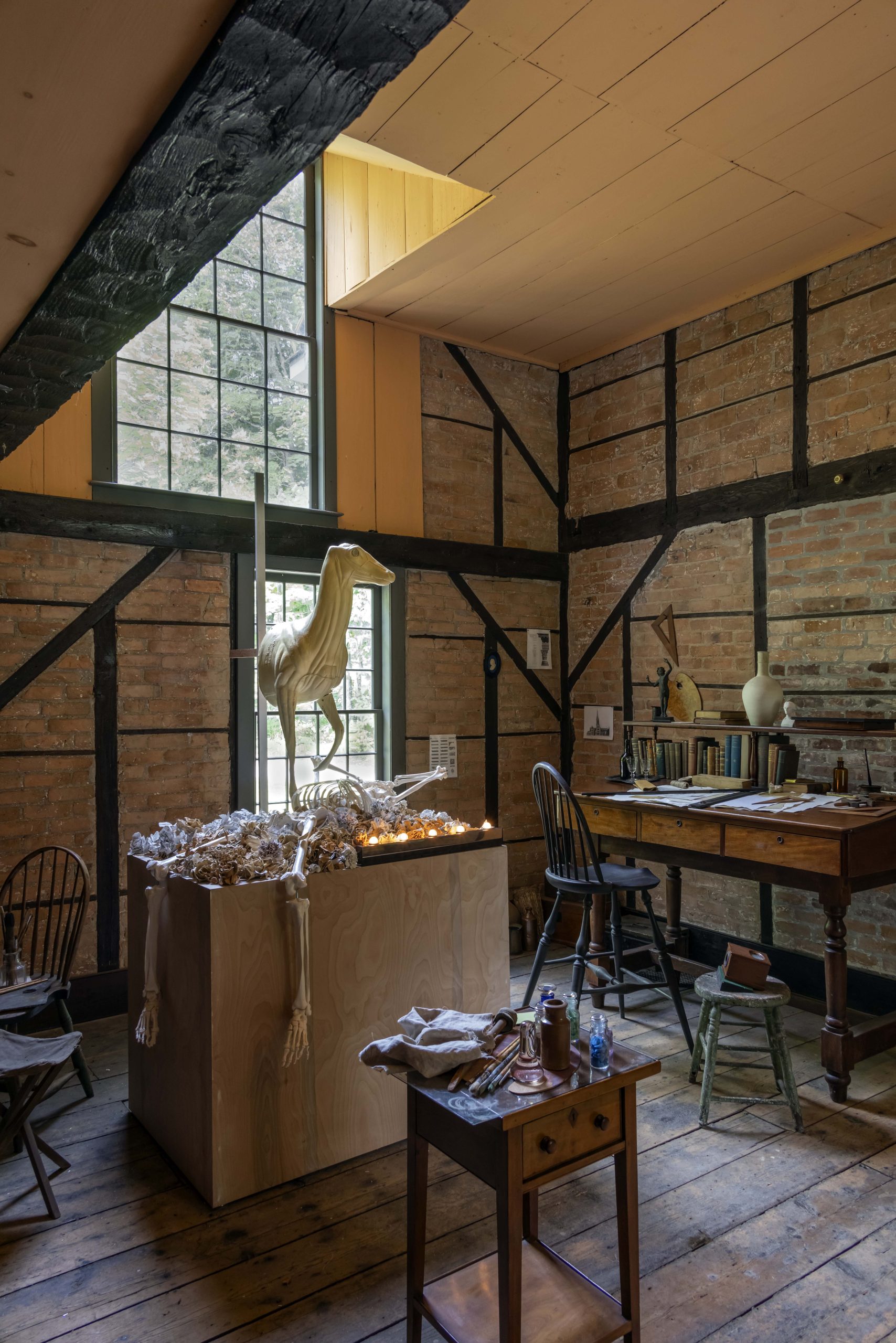 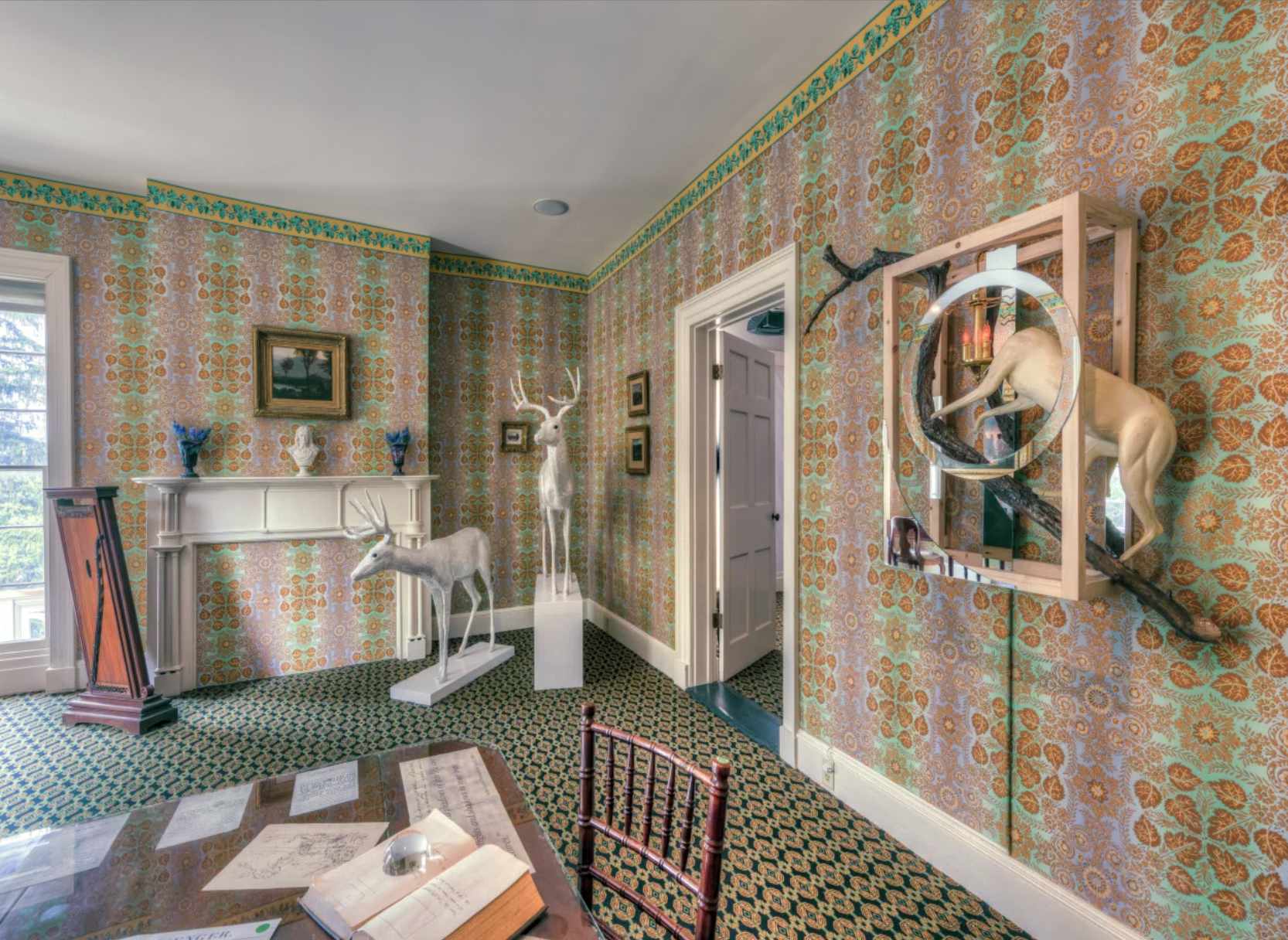 Jennifer GreimMarc Swanson: A Memorial to Ice at the Dead Deer Disco11.10.2021