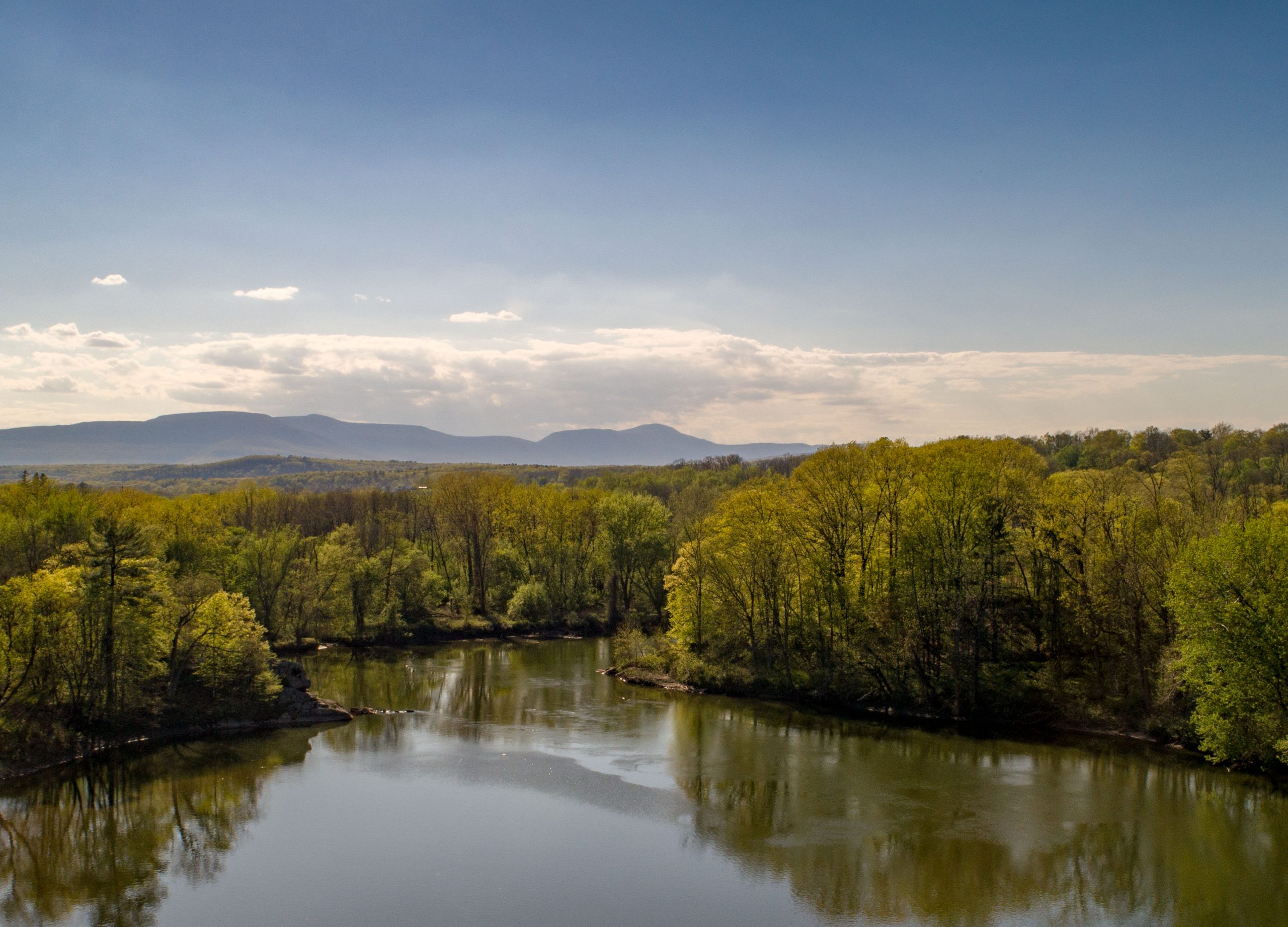 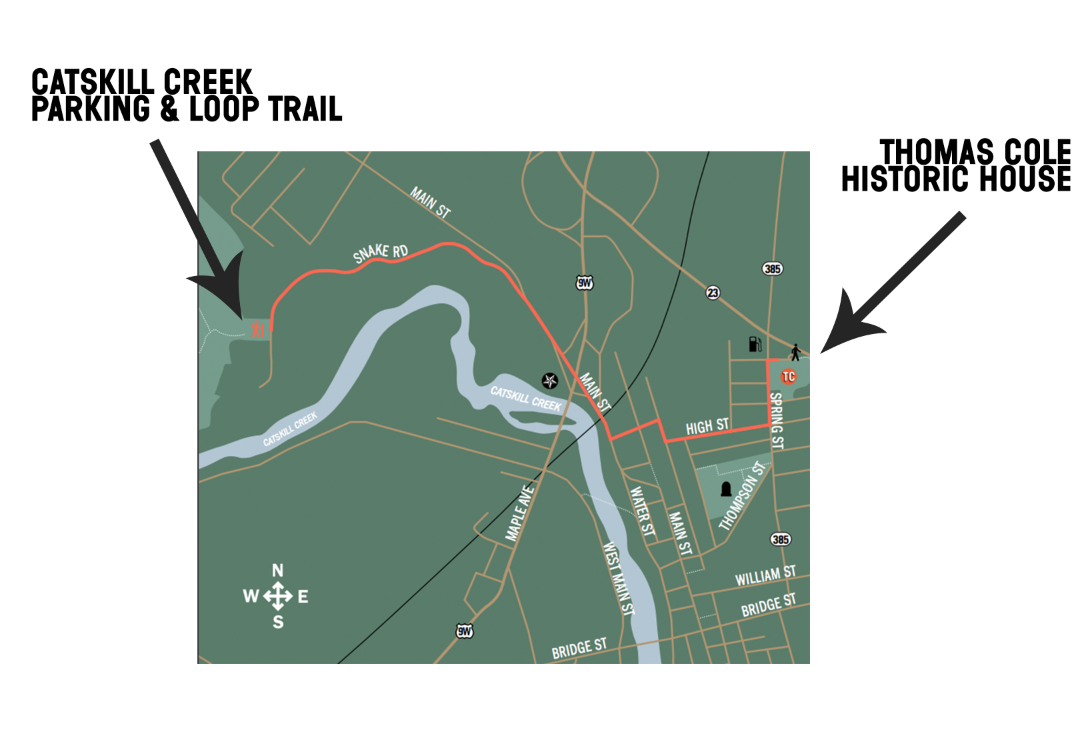 Scenic Hudson and Greene Land Trust preserved 144 acres along Catskill Creek, a landscape that Thomas Cole treasured deeply and painted more than any other subject. Nearly 200 years after Cole walked and sketched there, you can discover the same landscape on a one-mile walking loop. The new park is called the Mawignack Preserve, named after a Native American word meaning “the place where two streams come together.”

Along the loop trail, you will encounter interpretive panels that reveal the history of this landscape over time. This initiative was supported by the Hudson River Valley Greenway. It was organized by the Greene Land Trust in partnership with the Thomas Cole National Historic Site, Greene County Historical Society, Stockbridge-Munsee Mohican Nation, and Scenic Hudson.

Read about our 2019 exhibition Thomas Cole’s Refrain: The Paintings of Catskill Creek 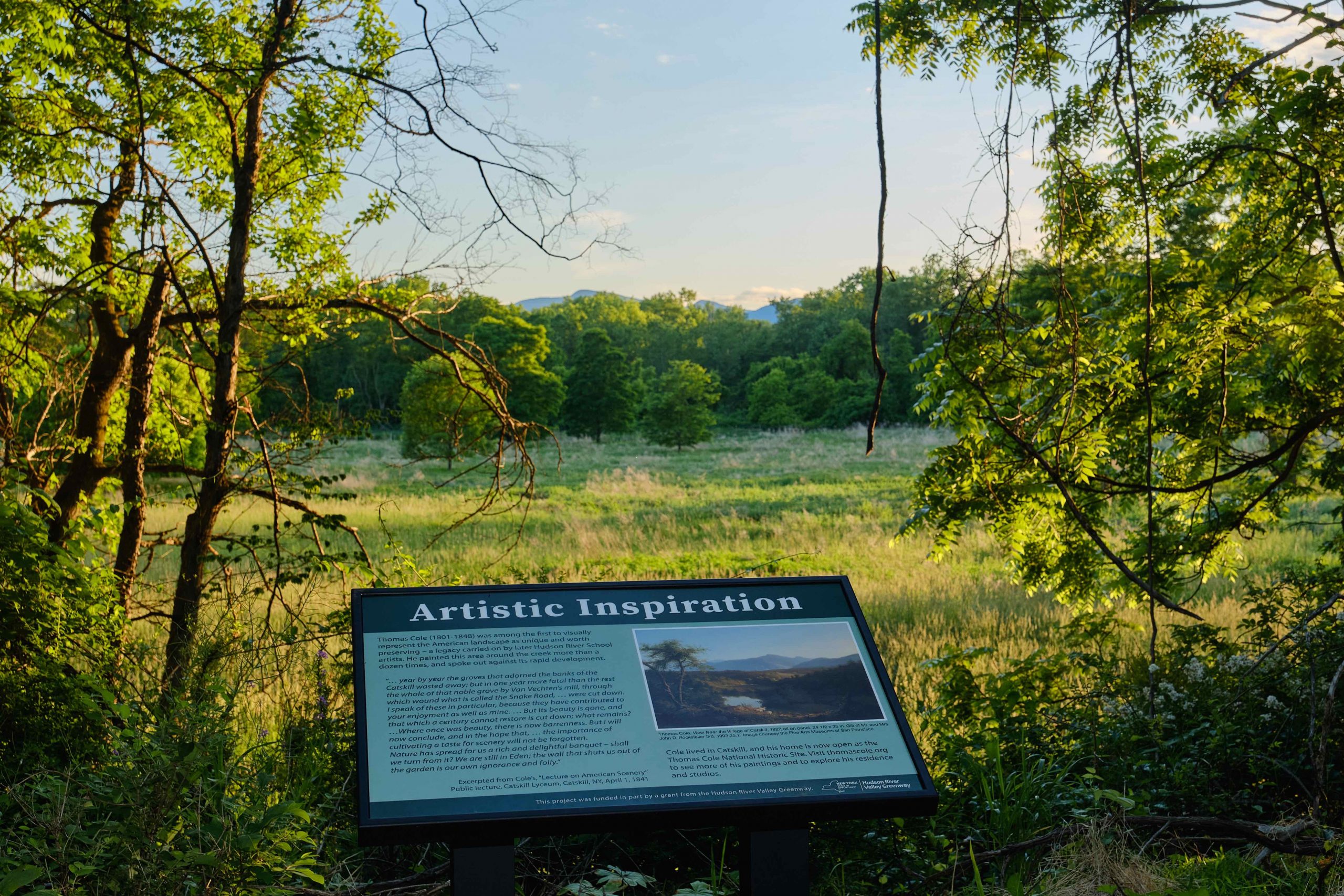 …year by year the groves that adorned the banks of the Catskill wasted away but in one year more fatal than the rest the whole of that noble grove by Van Vechten’s Mill, through which wound what is called Snake Road, …were cut down. I speak of these in particular because they have contributed to your enjoyment as well as mine…. But it’s beauty is gone, and that which a century cannot restore is cut down; what remains?…Where once was beauty, there is now barrenness. But I will now conclude in the hope that,…the importance of cultivating a taste for scenery will not be forgotten. Nature has spread for us a rich and delightful banquet — shall we turn from it? We are still in Eden; the wall that shuts us out of the garden is our own ignorance and folly. 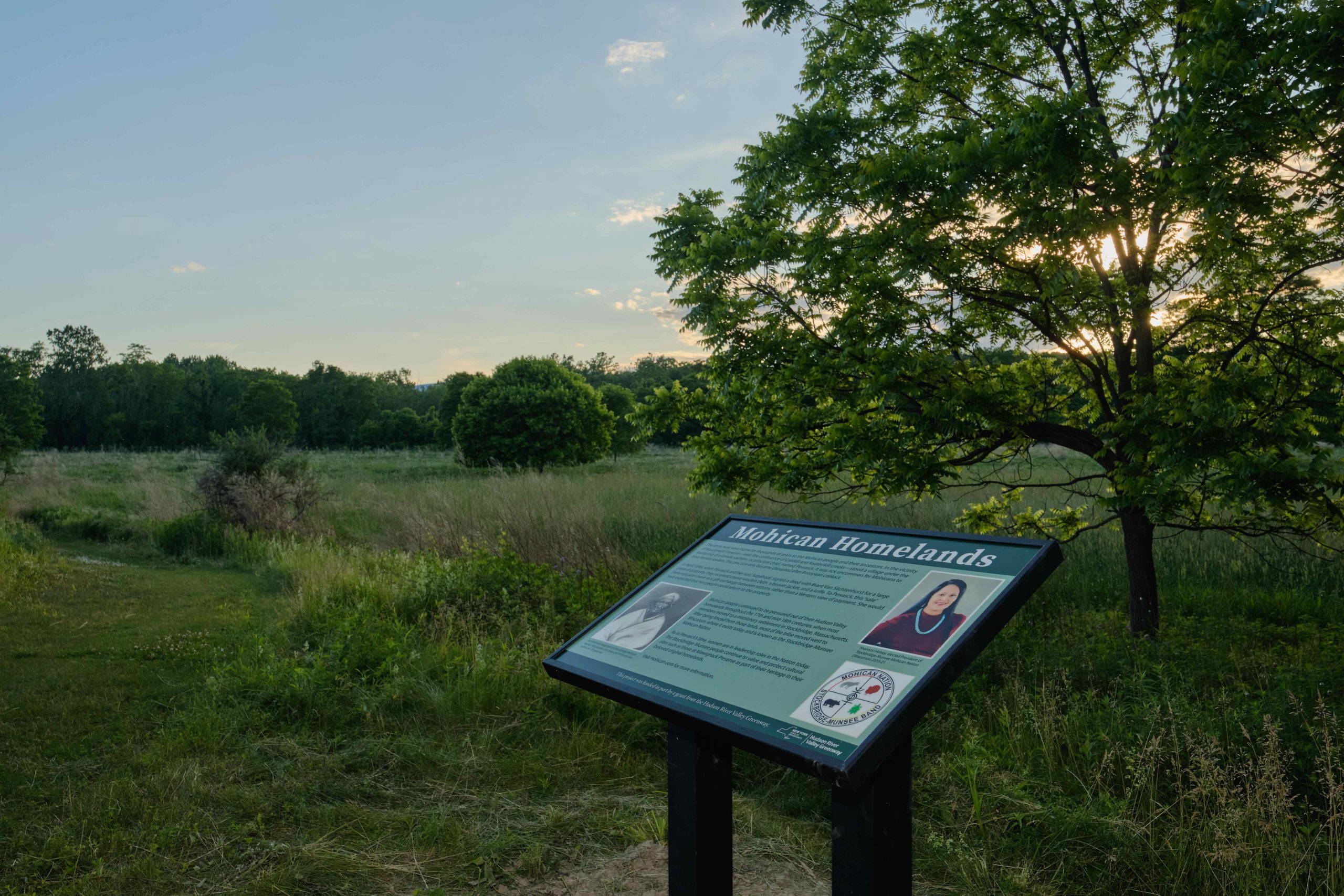 The lands here were home for thousands of years to the Mohican people and their ancestors. In the vicinity of Mawignack Preserve — near the confluence of Catskill and Kaaterskill creeks — stood a village under the leadership of a female sachem or principal chief named Pewasck. It was not uncommon for Mohicans to have female leaders. The practice only became disrupted after European contact.

In April 1649 when Pewasck and her son, Supahoof, signed a deed with Brant Van Schlichtenhorst for a large piece of property, they received coarse woolen cloth, a beaver jacket, and a knife. To Pewasck, this “sale” likely was seen more as a gift exchange between nations, rather than a western view of payment. She would have expected her people could return to the property.

Mohican people continued to be pressured out of their Hudson Valley homelands throughout the 17th and mid-18th centuries, when most members moved to a missionary settlement in Stockbridge, Massachusetts. After being forced from those lands, most of the tribe moved west to Wisconsin, where it exists today and is known as the Stockbridge-Munsee Mohican Nation.

As in Pewasck’s time, women are in leadership roles in the Nation today. The Stockbridge-Munsee people continue to value and protect cultural sites such as those at Mawignack Preserve as part of their heritage in their beloved original homelands. 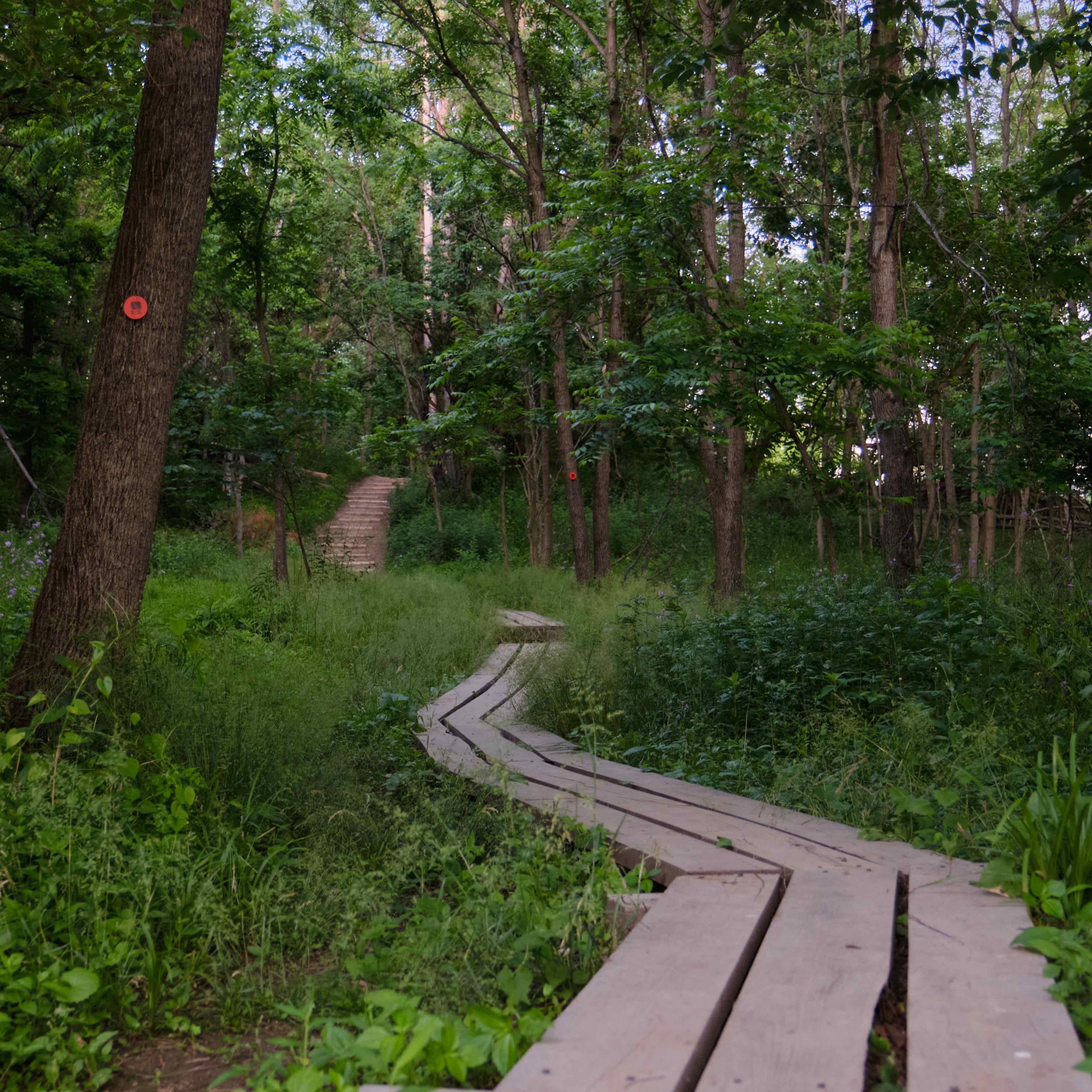 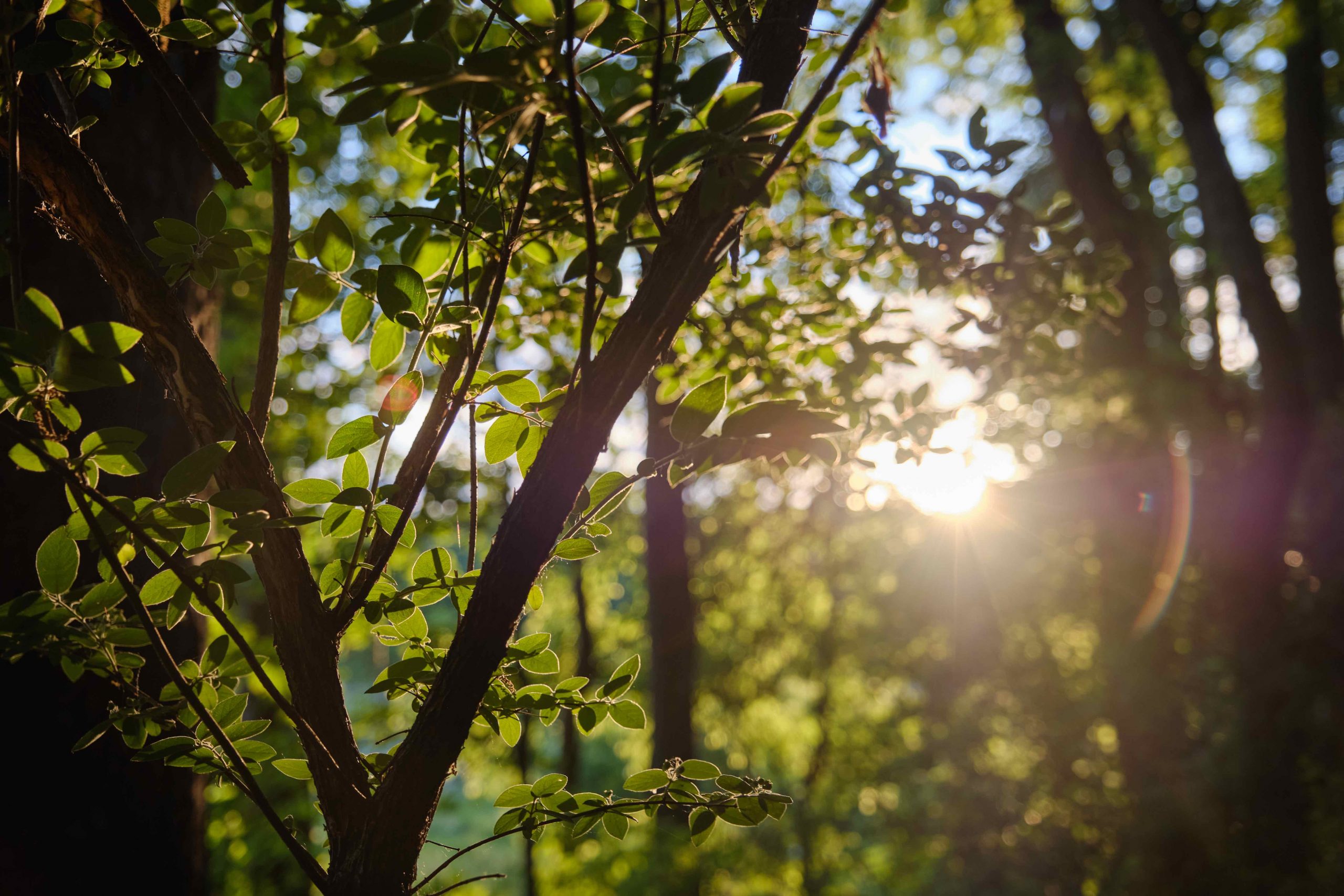 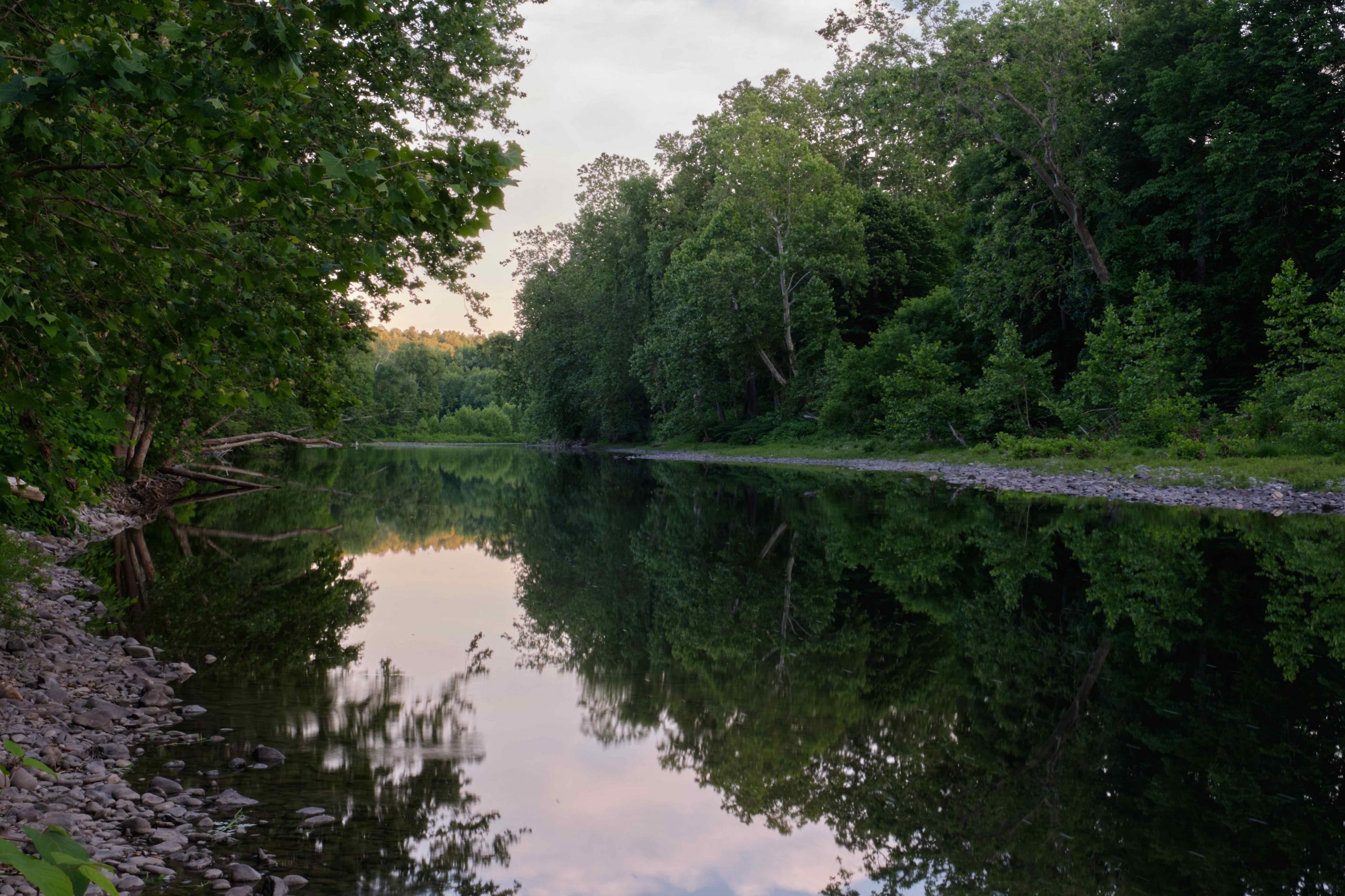