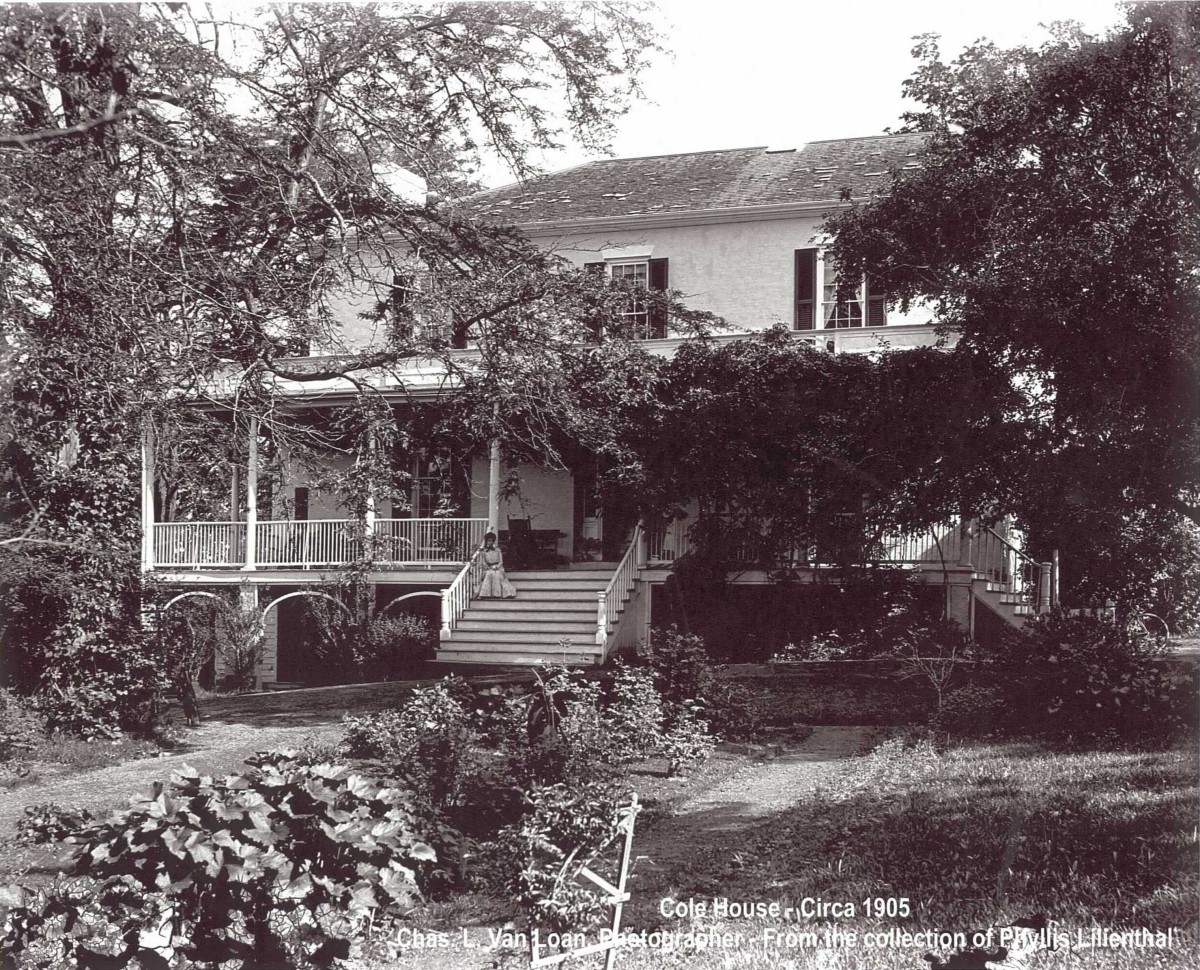 From the first, Cedar Grove and the Catskill region nurtured Thomas Cole’s artistry. In his “Essay on American Scenery” (1835), Cole said the local landscape had “varied, undulating, and exceedingly beautiful outlines – [the Catskills] heave from the valley of the Hudson like the subsiding billows of the ocean after a storm.” In this setting, Thomas Cole created many of the Hudson River School masterpieces that assured his fame.

O Cedar Grove! when’er I think to part
From thine all peaceful shades my aching heart
Is like to his who leaves some blessed shore
A weeping exile ne’er to see it more. 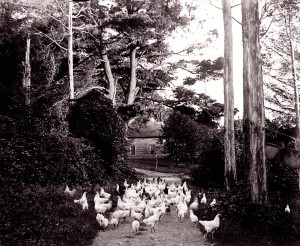 The Cedar Grove property has an ancient history that began with a 1684 land grant, followed by a land subdivision in 1773. The subdivision lines largely determined Cedar Grove’s configuration. Starting small, the Thomson family developed adjoining lots beginning in 1797. In 1815, they built the Federal-style main house that remains today, and quickly compiled a substantial farm property of about 110 acres. Despite fronting on the Hudson River , the Cedar Grove house and infrastructure were built along a local turnpike road – today’s Spring Street – that crossed through the western portion of the property, where the land sloped away from the river. As such, Cedar Grove has always enjoyed an orientation towards the western prospect of the Catskill Mountains , appropriate as this was the scene of Thomas Cole’s inspiration. In addition to the main house, Cedar Grove included a cluster of outbuildings. Several of these are significant for their use as studios during distinct periods of Thomas Cole’s career. Earliest was a farmhouse, often called the cottage, used until 1839 when a separate store-house/studio was built. In 1846, Cole designed a free standing studio – called the new studio – south of the house. The new studio was demolished in modern times, but the building has now been reconstructed on its original footprint.

John A. Thomson died in the summer of 1846 and Thomas Cole wrote of “new duties and cares,” lamenting the loss of Cedar Grove’s “master’s hand.” Only two years later, early in 1848, Cole also died. He was buried at Cedar Grove in the Thomson family vault overlooking his beloved Catskills. Of the spot, Cole had mused:

To be sepulchered here – to rest upon

The spot of earth that living I have loved

After Thomas Cole’s death, his wife and children remained at Cedar Grove. In the late 1850s, Thomas Cole’s oldest son, Theodore Cole, became active in managing the farm, a role he continued into the 20 th century. In these decades there were few alterations to the house grounds or farm. Then, beginning in 1901, numerous subdivisions reduced the estate lands. In the 1930s the construction of the Rip Van Winkle bridge approach cut diagonally through historic Cedar Grove, obliterating what was left of its farmland.

Thomas Cole’s grandchildren struggled to preserve his legacy at Cedar Grove, and eventually, in 1979, the property was sold out of family ownership. In the late 1980s, the National Park Service recognized the significance of Thomas Cole and his life at Catskill, status formalized in 1999 when Cedar Grove was declared a National Historic Site. But in the 1980s and 90s funds to acquire the site were not forthcoming until the Greene County Historical Society purchased the property in 1998. Restoration of the main house followed and in 2001, Thomas Cole’s 200 th birthday, Cedar Grove opened to the public.

Today, the picturesque residential grounds reflect Thomas Cole’s period, when the landscape was described by fellow artist, Jasper Cropsey, as “not to give off an atmosphere of luxury and wealth.” Importantly, the panoramic views to the Catskill Mountains and its great “Wall of Manitou,” experienced daily by Cole, can still be enjoyed. The entry driveway coming from Spring Street can still be traced, and the adjacent flower garden blooms each summer with renewed care. Close by is the Federal-style privy, built to complement the house, and Thomas Cole’s studio at the old store-house. These outbuildings have now been fully restored. Beyond is the grove of old trees, the woodlot mentioned in Thomas Cole’s writings. A stand of Cedar trees in the grove probably inspired the name Cedar Grove, and it is possible that Cole himself coined the term before 1830.

With its scenic attributes and authentic rural amenities, the Thomas Cole National Historic Site is a living memorial to the artistry of its famous resident and the world of romanticism in the Hudson River Valley.