in the Village of Catskill

The gravestones of Thomas Cole, his wife Maria Bartow, and their family are located in the Catskill Village Cemetery, just down the street and walkable from the Thomas Cole National Historic Site. Scroll down to learn more about Thomas Cole’s final resting place.

The cemetery has beautiful views of the Catskill Mountains and is located between the historic site and Catskill’s beautiful Main Street that features local shopping, dining and more. 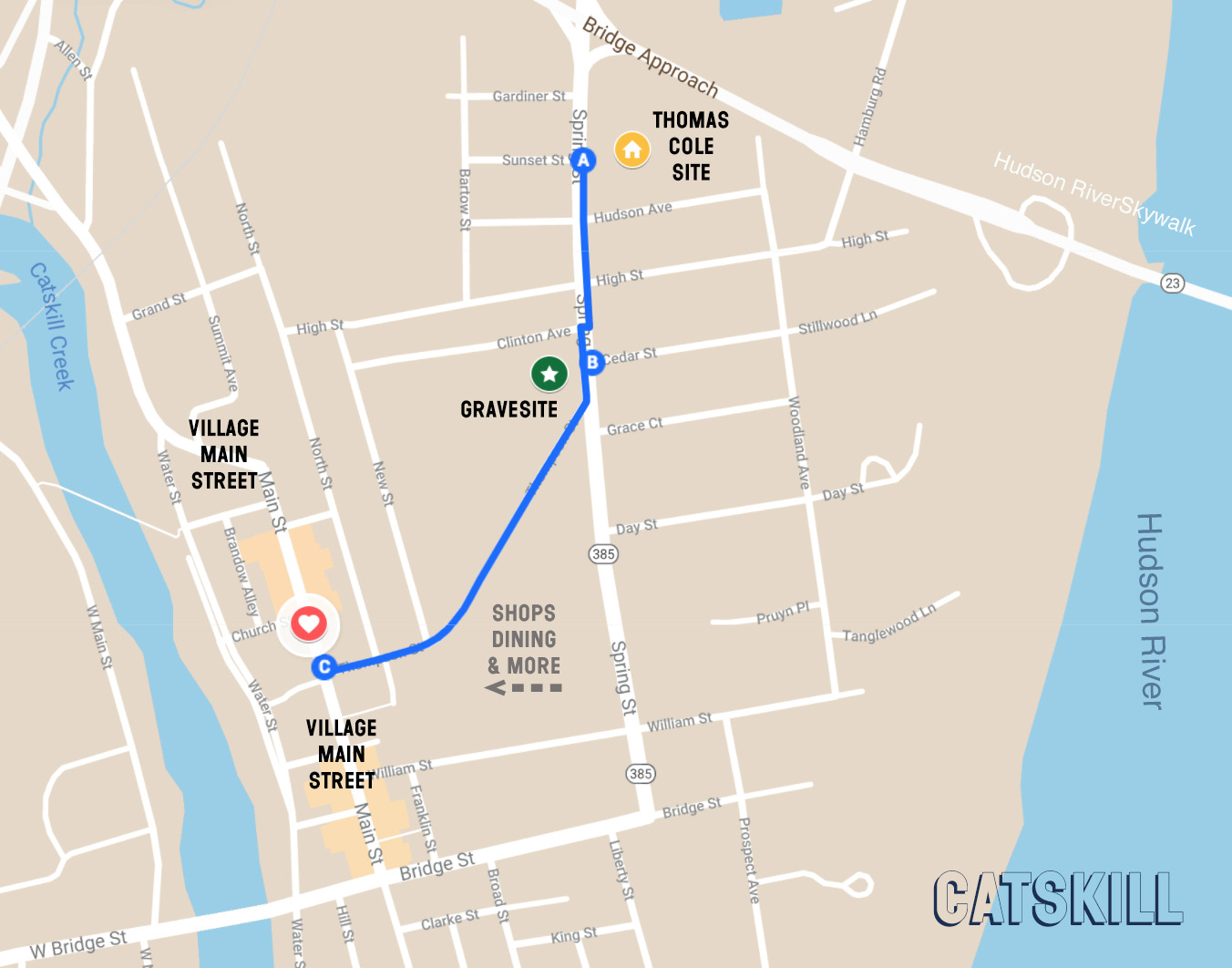 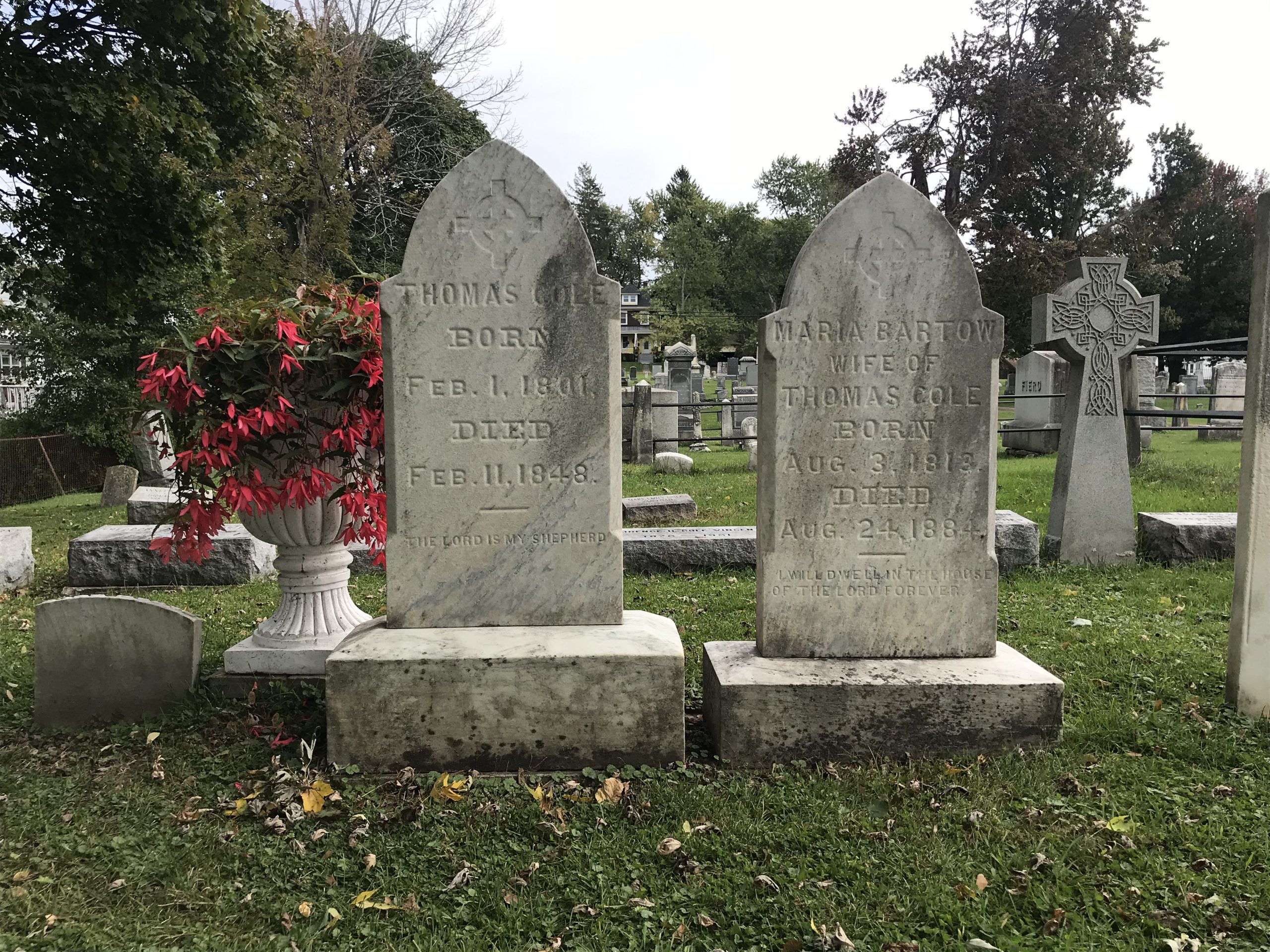 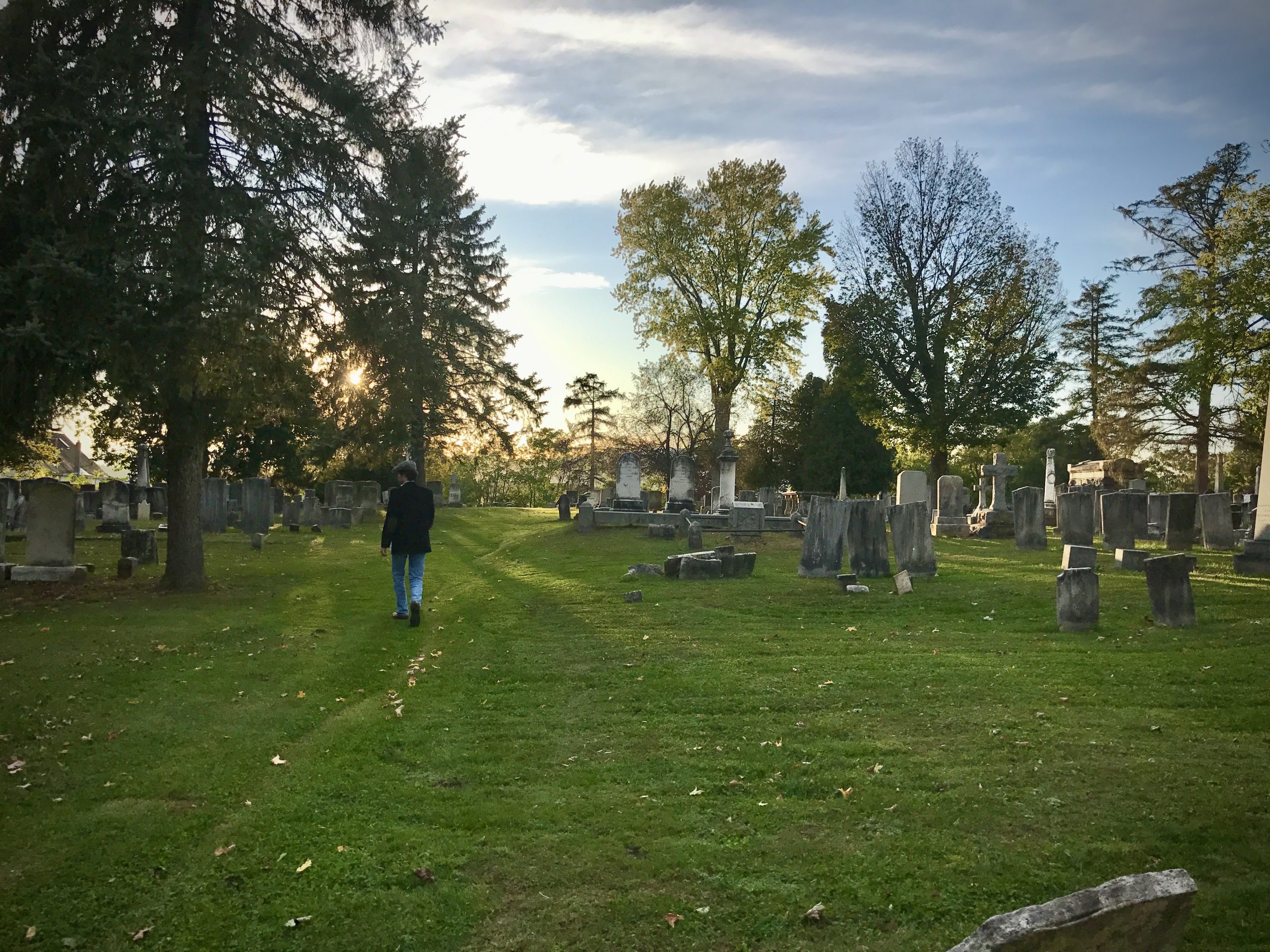 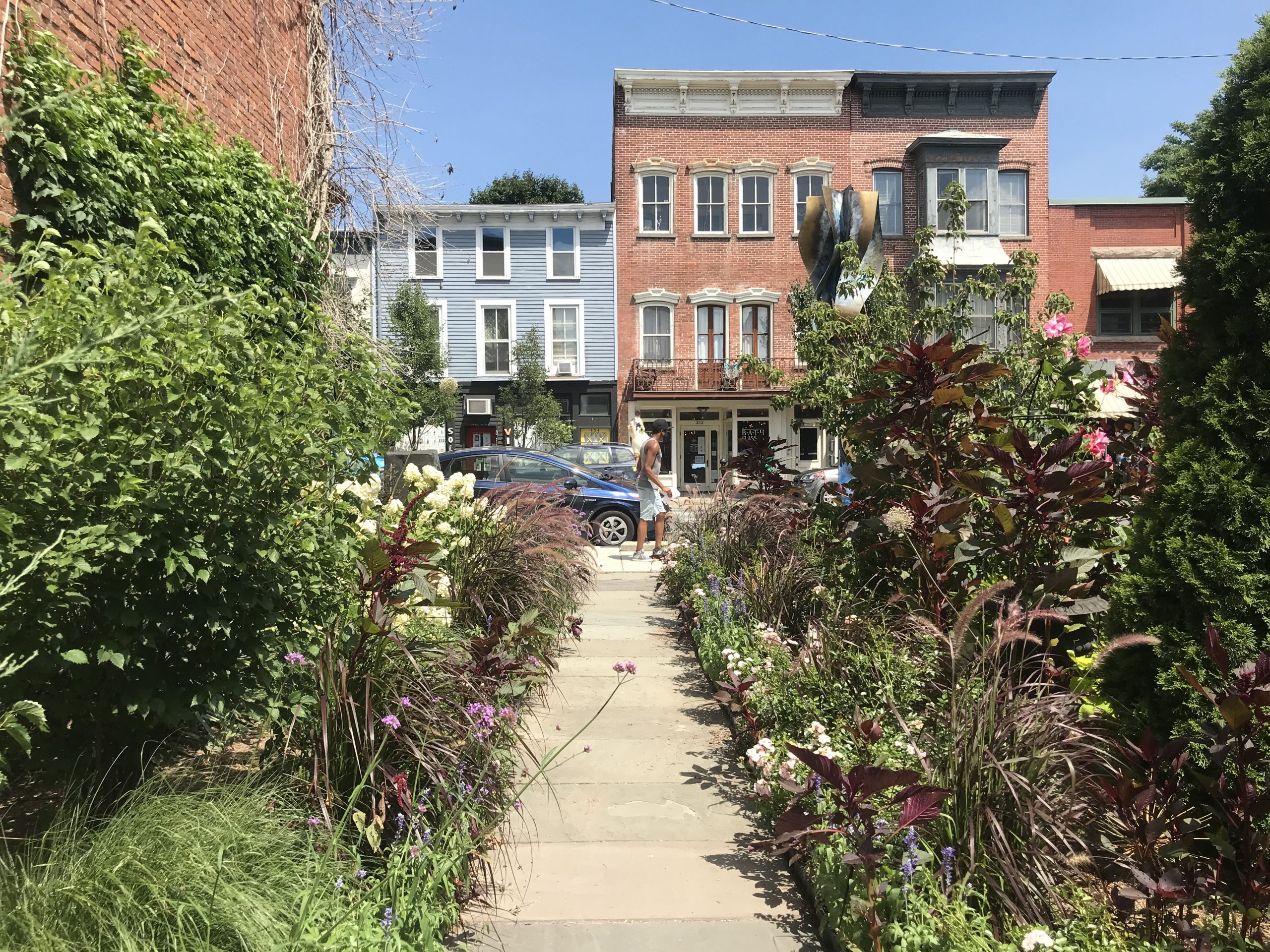 Thomas Cole (1801-1848) was originally buried on a 35-acre portion of the family property known as the “Vault Lot.” Located just north of the Main House, and on a downward slope facing the Catskill Mountains, this is where the Thomson, Bartow, and Cole family remains had been buried for generations.

Ten years after Cole’s death – perhaps knowing that financial problems lay ahead – his wife Maria Cole-Bartow purchased new burial plots in the Catskill Village Cemetery – a non-denominational rural cemetery down the street. Maria and Thomas’s son, Theodore, oversaw the removal of his father’s and other family members’ remains from the Vault Lot and reburial in the Catskill Village Cemetery.

Ten years after that, Maria and her three sisters mortgaged the Vault Lot, likely in the hopes of keeping financially afloat. Research conducted by Marissa Hamm, Cole Fellow Class of 2020, indicates that the Cole family sold some of their property in the Vault Lot to the Wallkill/West Shore Railroad Company, as evidenced in a 1914 map. The sale of the lot was just one in a long line of property subdivisions, rentals, and sales, which began as early as 1822.

In Thomas Cole’s lifetime, he anticipated that the family Vault Lot would be his final resting place, and wrote the following lines, now preserved at the New York State Library:

To be sepulchred here – to rest upon

The spot of earth that living I have lov’d 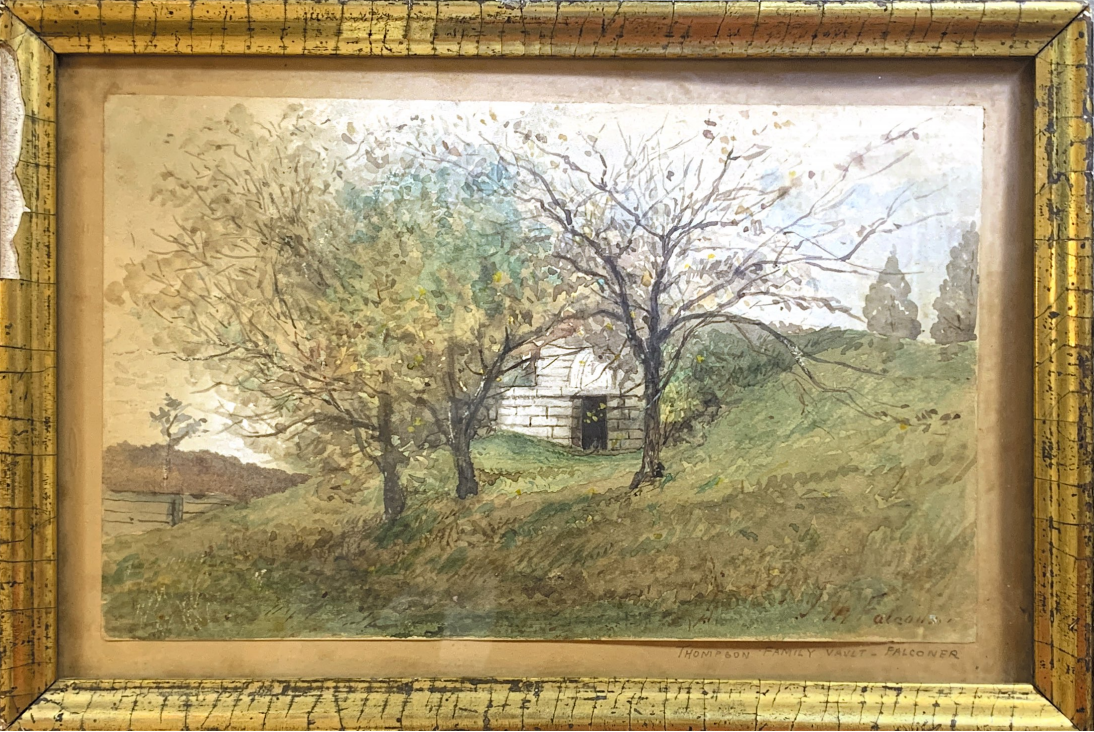