They illuminate America’s first major art movement, the Hudson River School of landscape painting, and its pioneering concern for the environment 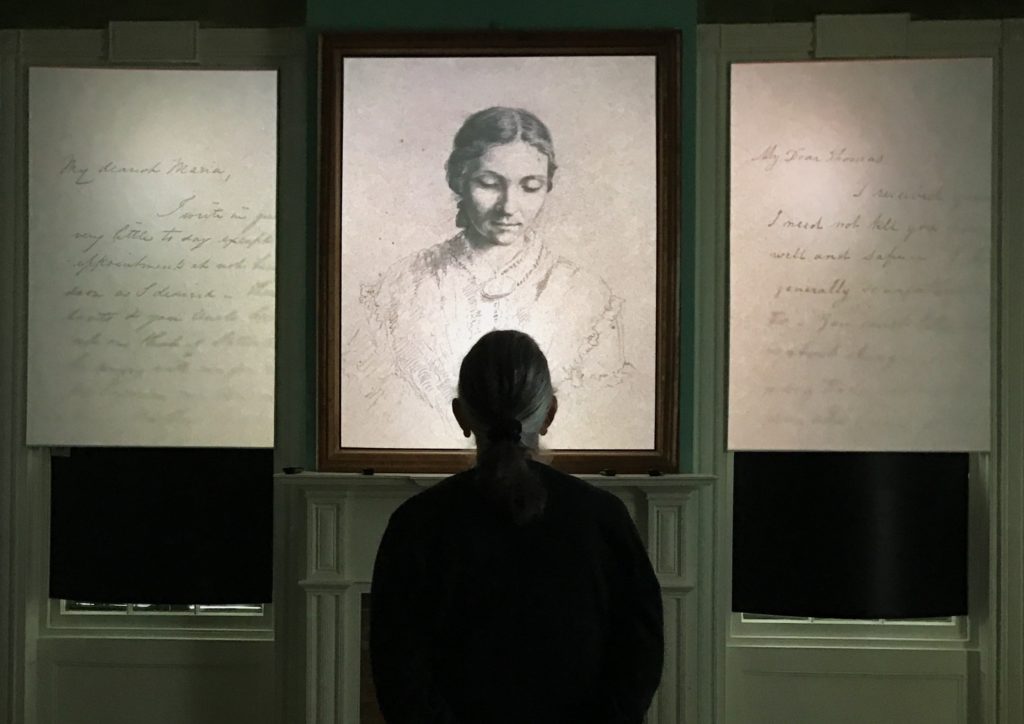 The Thomas Cole National Historic Site in Catskill, NY, has opened its 2017 season with two new landmark exhibitions. Each explores, in a novel way, the Hudson River School of landscape painting – America’s first major art movement – and illuminates both its evolution and its pioneering exploration of the relationship between humankind and the environment. 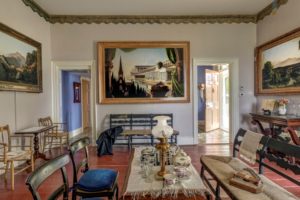 “The Parlors” is an immersive installation that combines technology and meticulous historic restoration and features the earliest-known, interior decorative painting by an American artist. Through hidden audio and moving-graphics presentations, visitors can hear the thoughts of Thomas Cole (1801-1848), founder of the Hudson River School of landscape painting, and the historic conversations that took place in the parlors of his 1815 home, where the pivotal art movement was born. Thomas Cole is given voice by Jamie Bell, the award-winning film and television star, who achieved fame in the title role of Billy Elliot, the 2000 film for which he was named Best Actor in a Leading Role by the British Academy of Film and Television Arts.

The carefully researched restoration has transformed the first floor of Cole’s home to his original design. It extends from floor coverings to wall colors to newly uncovered, elaborately painted borders in both parlors. Those borders were designed and painted by Cole – revealing another “first” in American art history – and hidden for more 100 years under layers of modern paint.

The restoration is combined with the latest techniques in immersive storytelling developed in partnership with some of the leading experts in the nation, including Thomas Cole experts Alan Wallach, Elizabeth Kornhauser and Nancy Siegel, as well as Second Story, Inc. – the renowned design firm of interactive exhibits. The multimedia installation is the first of its kind in the restored rooms of an historic home and uses the artist’s own words and artworks to tell the stories of the groundbreaking events that took place there. Instead of viewing period rooms from behind velvet ropes, visitors can enter and explore the rooms as guests. 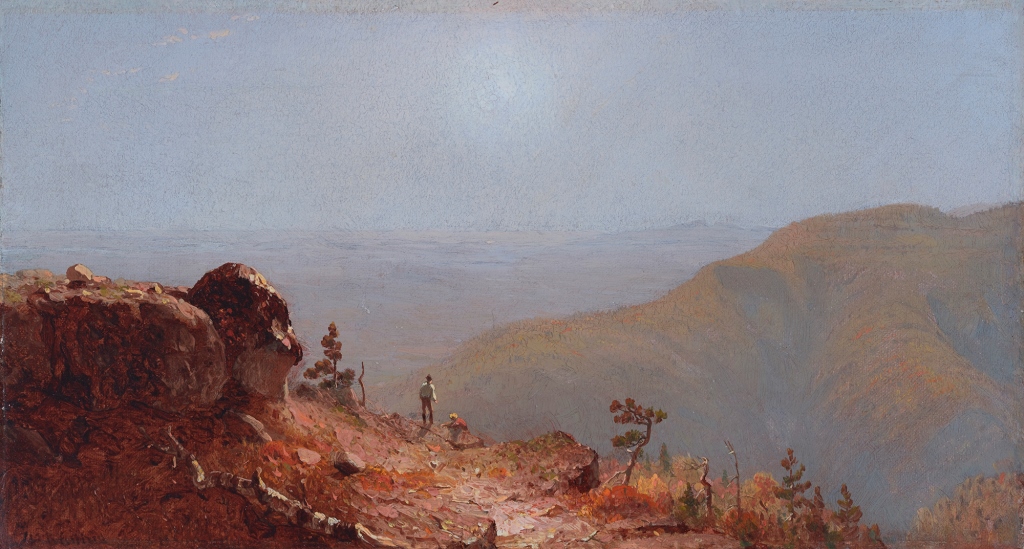 Also on view at the Thomas Cole Site from now through October 29, 2017, is “Sanford R. Gifford in the Catskills,” which explores the Catskills paintings of Sanford Robinson Gifford (1823-1880), a leading artist of the Hudson River School. It is the first such show of this magnitude to take place in the region that inspired Cole and Gifford. The show is curated by Kevin J. Avery, Senior Research Scholar at The Metropolitan Museum of Art, and consists of 20 paintings – loaned by such renowned institutions as Yale University Art Gallery, Harvard University Art Museums, Portland Museum of Art, and Albany Institute of History and Art, as well as many private collections. Six views depicted in the paintings can be visited on the innovative walking-and-driving experience called the Hudson River School Art Trail (www.hudsonriverschool.org) that reveals nearby settings where visitors can see the views that inspired Hudson River School artists.

The Thomas Cole National Historic Site includes Cole’s 1815 Main House, 1839 Old Studio, 1846 New Studio, a visitor center with a film and gift shop, a flower garden and kitchen garden, and a sweeping view of the Catskill Mountains. It is a National Historic Landmark and an affiliated area of the National Park System. The Site is open May – October, Tuesday – Sunday. The hours in May are 10:30 am – 4:00 pm, and from June – October the hours are 9:30 am to 5:00 pm. www.thomascole.org.

Sanford R. Gifford in the Catskills is made possible by a grant from the National Endowment for the Arts as well as Michael Altman Fine Art & Advisory Services, the Bank of Greene County, the Greene County Legislature through the County Initiative Program of the Greene County Council on the Arts and the Kindred Spirits Society of the Thomas Cole National Historic Site. The accompanying catalogue is supported by the Barrie and Deedee Wigmore Foundation. The Parlors installation has been made possible by the National Endowment for the Humanities: Exploring the human endeavor, and also by the Institute of Museum and Library Services MA-10-15-0116-15. Support provided by Empire State Development’s I LOVE NEW YORK program under the Market NY initiative. Additional support provided by Herzog’s of Kingston, Geoff Howell Studio, Hudson River Valley Greenway, Eli Wilner & Company and Temple Israel of Catskill. Any views, findings, conclusions, or recommendations expressed in this exhibition do not necessarily represent those of the National Endowment for the Humanities.