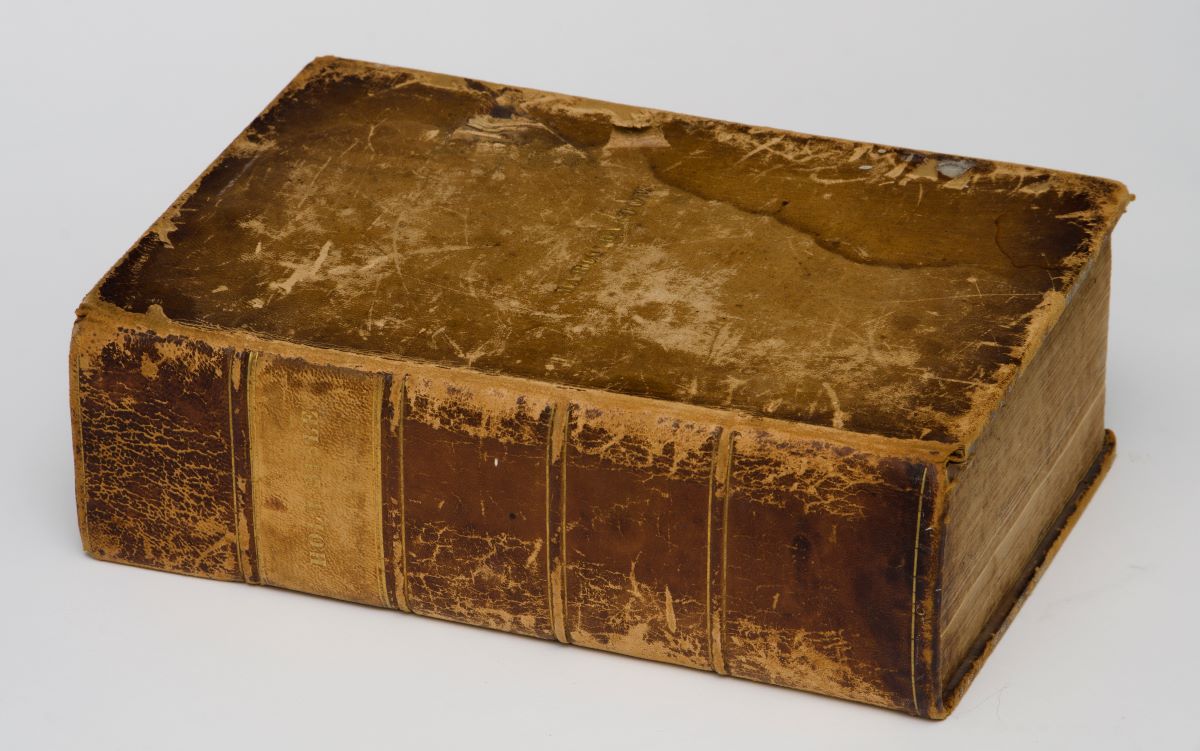 This bible belonged to Maria Bartow Cole. When Thomas Cole first visited Catskill in 1825, Maria Bartow was living at Cedar Grove, the local home of her mother’s family, the Thomsons. Maria and Thomas met and eventually married on November 22, 1836. Together they lived at Cedar Grove and raised a family. Maria’s sisters and extended family also continued to live with them and helped Thomas to produce, exhibit, and sell paintings. We know from letters sent from Thomas during his travels to Europe and New York City that he and Maria were in conversation about Cole’s professional activities, daily happenings, their four children, and current affairs. In 1842, Maria wrote to Thomas, who was in Paris: “This do nothing Government is in such a state I fear you will be disappointed when you return. There is scarcely anything to be heard but want of money and too hard times to get it.” Maria supported Cole’s artistic practice in many ways and likely contributed to Cole’s beliefs on politics and the environment.

Back to Online Collections Exhibition